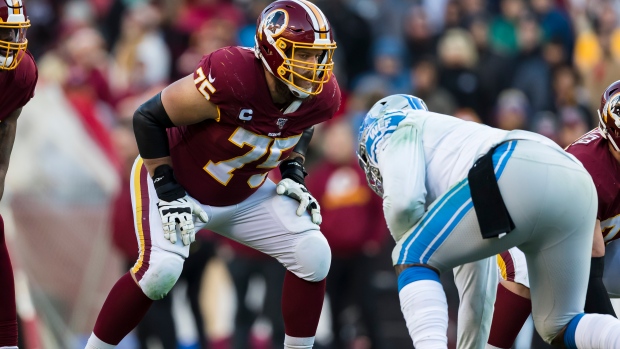 We have applied the franchise tag to G Brandon Scherff pic.twitter.com/GIMz3xdBim

NFL Network's Tom Pelissero reported Washington still hopes to sign Scherff to a long-term deal and right now the 29-year-old is schedled to make more than $18 million in 2021.

This tag had been expected. The goal continues to be a long-term deal. If not, the second tag is worth over $18 million for 2021. https://t.co/JigQq7xFGw

Scherff has spent his entire NFL career in Washington after the team selected him fifth overall in 2015. Scherff is a four-time Pro Bowler and one-time All-Pro.