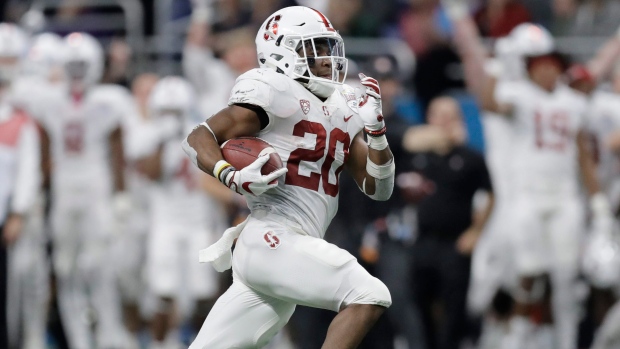 A fourth-round pick out of Stanford in 2019, Love was one of college football's best backs, but complications from an ACL tear kept him from appearing in a single NFL game.

In the Cardinal's final game of the 2018 season, Love tore his ACL that caused his draft stock to fall. Upon being drafted by Washington, he was placed on season-ending injured reserve and missed the entirety of the 2019 season.

Swelling in the same knee kept him on IR to begin the 2020 season. Though he was designated to return in November, he was never activated from IR.

Love left Stanford with a host of accolades, including a 2017 unanimous All-American selection, the 2017 Pac-12 Offensive Player of the Year Award and the Cardinal's mark for most rushing yards in one season (2,118).