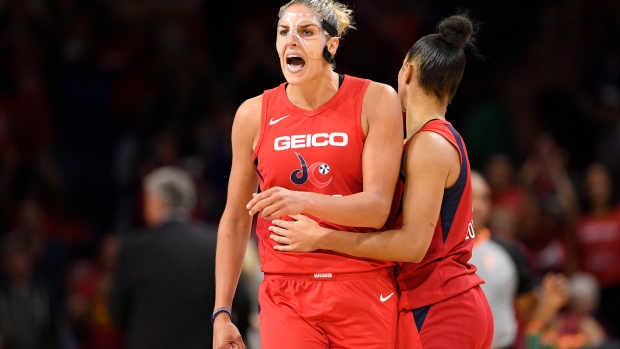 The 30-year-old Washington Mystics forward was named league Most Valuable Player for the second time in her career on Thursday.

"I am extremely proud of this honor," Delle Donne said in a statement. "But we still have work ahead of us and we’re all focused playing our hardest to bring a championship to Washington."

Now in her third season with the Mystics, Delle Donne was the 2015 WNBA MVP as a member of the Chicago Stars.

A six-time All-Star, Delle Donne's Mystics rallied past the Las Vegas Aces, 97-95, to claim Game 1 of their semi-final series on Tuesday. Delle Donne was a perfect 3-for-3 from the line to establish a new WNBA playoff record for consecutive free-throws.

Game 2 between the two teams is set for Thursday night in Washington.