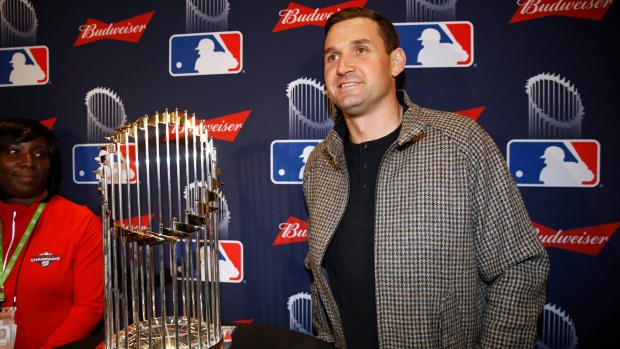 Zimmerman, who has spent his entire 15-year MLB career in Washington with the Nationals, dressed as a goaltender and joined the Washington Capitals for practice on Wednesday. .

"I'm Ryan Zimmerman, professional baseball player, and I'm about to attempt to play goalie against some of the best hockey players in the world," Zimmerman said before the skate in a video posted by the Capitals. "I'm terrified to death right now, have no idea what to expect and hopefully I don't die."

Once on the ice, Zimmerman faced one-timers from Alex Ovechkin and received an ovation from Capitals players for stopping an Ovechkin slapshot fired from the blueline. He then took on Capitals skaters in a shootout.

After the session though, Zimmerman put any rumours of a move to the ice to bed.

"What a great experience," Zimmerman said. "It's terrifying, but fun. Glad I did it, I'll never do it again."

Zimmerman won his first World Series title this past fall.