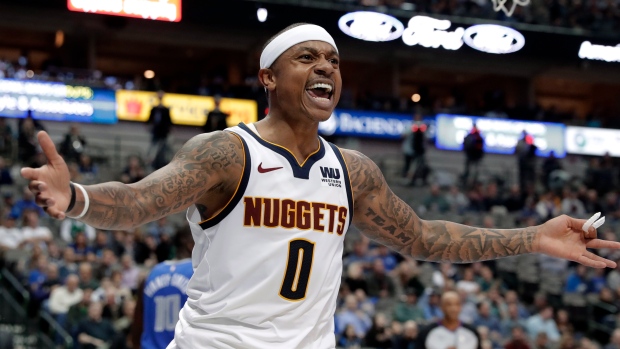 The team says Thomas ruptured the radial collateral ligament in his left thumb during routine workouts Monday and had surgery Wednesday. General manager Tommy Sheppard says it is "an unfortunate setback" for Thomas but expects the 30-year-old to make a full recovery.

Thomas signed with Washington as a free agent July 6 after spending last season with the Denver Nuggets. He has averaged 18.6 points and 5.1 assists a game during his eight-year NBA career.

This injury is another blow to the Wizards, who are expected to be without guard John Wall for at least the first half of the season and perhaps all of it because of a ruptured Achilles tendon.