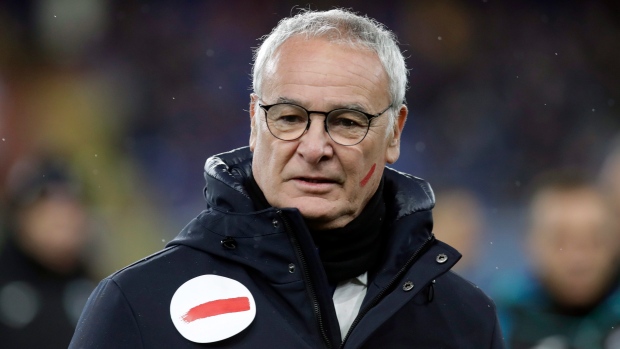 "The Hornets' Board recognizes Claudio as a man of great integrity and honour, who will always be respected here at Vicarage Road for his efforts in leading the team with dignity," the team said in a statement. "However the Board feels that, with nearly half of the Premier League campaign remaining, a change in the head coach position now will give a new appointment sufficient time to work with a talented squad to achieve the immediate goal of retaining Premier League status."

Ranieri was in charge of the club for less than fourth months and only 14 matches. He leaves Vicarage Road with a record of 2-11-1 and with Watford sitting in 19th place in the Premier League and two points behind the Canaries for the final safe spot.

Ranieri, who won a Premier League title with Leicester City and also spent time with Chelsea and Fulham in England, was Watford's 10th permanent manager since 2014.

One of Europe's most well travelled managers, the 70-year-old Ranieri has also had spells in charge at Napoli, Fiorentina, Atletico, Valencia, Juventus, Roma, Inter, Monaco and Nantes, as well as the Greece national team.

The Hornets return to action following the international break on Feb. 5 with another key fixture in the relegation battle, away to last-place Burnley.