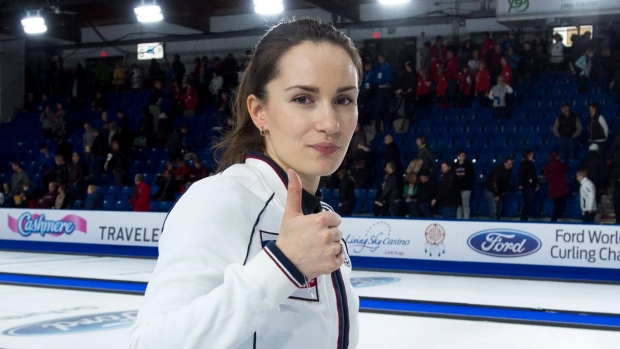 Russia's Anna Sidorova and Japan's Yuta Matsumura are going home with early Christmas presents after capturing the annual Karuizawa International in Japan this weekend on the World Curling Tour.

The 28-year-old Sidorova and her team of third Julia Portunova, second Olga Kotelnikova and lead Julia Guzieva didn't lose a game over the four day event. The Moscow rink went a perfect 8-0 with wins over Japan's Mayu Minami in the quarterfinal, 9-2, Tabitha Peterson of the United States in the semifinal, 6-3, and 2018 Olympic bronze medalists Satsuki Fujisawa in the championship game, 5-4.

On the men's side of the draw, Team Matsumura won their fourth WCT event of the season by beating world champion Niklas Edin of Sweden in the final, 7-4.

Winnipeg's Braden Calvert, the other Canadian rink in the field, made it to the quarters where they lost to John Shuster of the United States.

Both the men and women had purses of four million yen or around $48,000 Canadian.