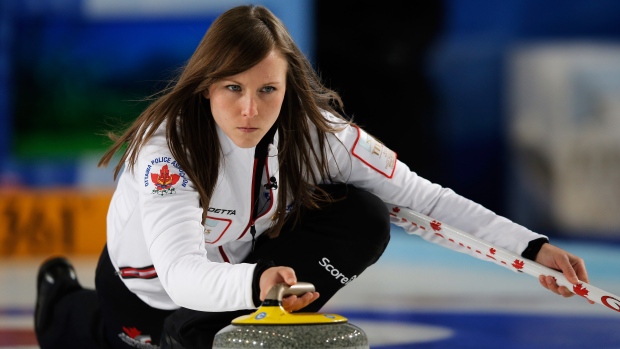 The second Grand Slam of the year happened this weekend with the Masters of Curling from Truro, NS.

Rachel Homan has taken back the Masters title.

Homan and her rink from Ottawa downed defending champion Val Sweeting 6-4 in the women's finals Sunday for her third Grand Slam of Curling Masters championship in the past four years.

"The final was great," said Homan. "I'm really proud of my team for coming together."

Homan won the event in 2012 and 2013 before being knocked off in last year's semifinals by Sweeting, who went on to win the tournament with her Edmonton foursome.

Homan put herself up 2-0 with a deuce in the second end.

Sweeting responded with singles in the third and fourth to tie, but Homan scored the next four points to secure a 6-2 lead through seven ends.

Mike McEwen won the men's title with a 5-3 victory over Jim Cotter.

McEwen's Winnipeg rink took control of the match with two points in the sixth end.

After Cotter and his Vernon, B.C., team scored one in the seventh to cut the lead to 4-3, McEwen clinched the win with one in the eighth.

"To get one of these early in the season, it feels really good," said McEwen. "You definitely can't count on winning a Grand Slam any given year with the quality of teams we play against in these events. Any time you can get one early, you take it."

Saskatoon's Shaun Meachem won his second event of the season by beating Randy Bryden of Regina in the final, 6-3. The 16-rink field featured teams mostly from Western Canada.

Nov 5-8: CookstownCash presented by Comco Canada Inc from Cookstown, ON

Nov 5-8: CookstownCash presented by Comco Canada Inc from Cookstown, ON