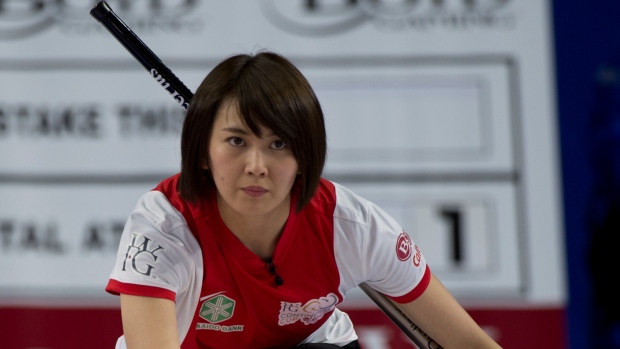 A pair of Japanese rinks dominated the Oakville Fall Classic this Labour Day weekend on the World Curling Tour.

Japan's Yuta Matsumura and Sayaka Yoshimura represented their country well this weekend on the World Curling Tour as both captured the Oakville Fall Classic title.

On the men's side, Team Matsumura posted 3-1 record in the qualifying round before winning three playoffs games, including a semi-final victory over Switzerland's Peter De Cruz and a 9-2 rout over Matt Dunstone of Canada in the final.

Came up a little short in the Final of the Oakville Fall Classic 🥈. Time to enjoy a couple days in Toronto before we head back onto the ice at the Stu Sells Oakville Tankard!

Team Yoshimura posted a perfect 4-0 record on the women's side of the draw and then went on to beat Russia's Anna Sidorova in the semis and Erica Hopson of Canada in the final.

Jocelyn Peterman and Brett Gallant started off their mixed doubles season on a high note by defeating Laura Walker and Kirk Muyres in the final, claiming the $2,000 first-place prize.