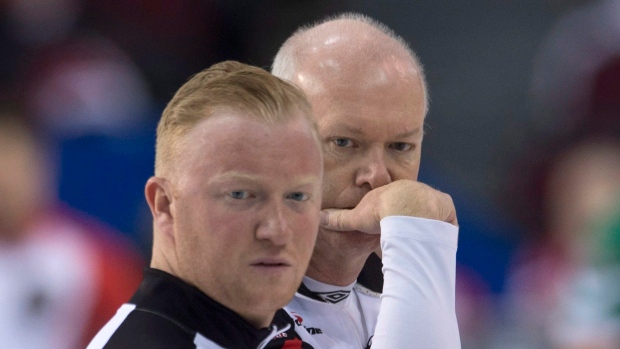 Glenn Howard and his rink from Penetanguishene, Ont., built some confidence this weekend as they prepare for the Canada Cup later this month in Leduc, Alta.

Team Howard with a win against Team Murphy, holds onto their title for the second year in a row - Stu Sells 1824 Halifax Classic Champs! Big congratulations @TeamGlennHoward! #1824classic #worldcurling #colleenryanhfx

Team Howard lost their opening round robin game, but then reeled off six straight, including a 6-5 victory over Scotland's Bruce Mouat in the semifinal and a 5-4 win over Nova Scotia's Jamie Murphy in the championship tilt.

Last year, Scott Howard skipped this squad to a win - beating Brad Gushue in the final - as Glenn was away coaching Team Eve Muirhead at the European Curling Championships.

Now the 57-year-old skip sets his sights for the Canada Cup where a surprise win will qualify his rink for the 2021 Roar of the Rings Olympics trials.

You can watch all the Canada Cup action starting on Nov. 27 at 11am ET/8am PT.

At the Red Deer Classic, Edmonton's Team James Pahl scored two in the 8th end to defeat Surrrey's Team Tyler Tardi, 6-5, in the championship game while Team Jamie Sinclair of the United States won the women's draw after downing Kelowna's Team Brette Richards in the final, 8-6. Sinclair stole two in the last end for the victory.