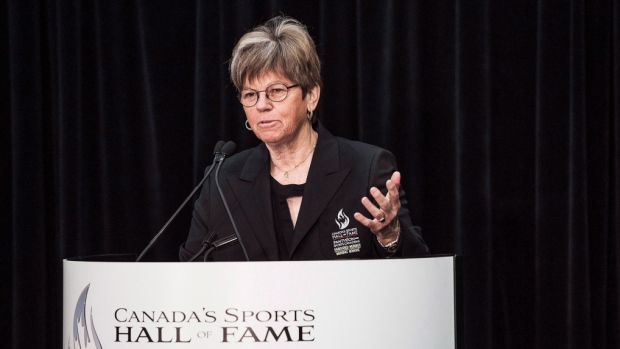 For more than 50 years, Jocelyne Bourassa’s smiling presence in Canadian golf touched many, ranging from Sandra Post, against whom she competed as a junior, to Brooke Henderson, to whom she provided words of encouragement.

With every step of her career and in every moment of her life, she was gracious and giving. She genuinely cared about you, no matter whether you were a major champion, a volunteer at a tournament, or a friend walking down the street.

I experienced this first hand. As a young writer, I answered the phone one morning to be greeted by a cheery voice on the line. It was Bourassa calling to tell me she had just read my latest work and wanted to give me praise.

“You are writing beautiful things,” she said to me. “Keep doing that.”

As I came to learn, this was Bourassa every day. She would encourage people and pick them up when they were down. She always seemed to find the right words at the right time.

While she was a force as a player, her legacy may be the second phase of her career as a tournament organizer where her impact will be felt for decades to come.

Bourassa was born in Shawinigan, Que., in 1947, and became interested in golf by caddying for her brother, Gilles, a teaching professional. She once said that she wasn’t very good at caddying because she was too interested in playing.

She took to the game quickly and was an accomplished amateur player, winning three Quebec Junior championships and four Quebec Amateur titles.

On a national stage, she was a two-time Canadian Amateur winner, taking the titles in 1965 and 1971. Soon after, she turned professional and in her first season on the LPGA Tour, she was named Rookie of the Year and came close to winning, losing to Kathy Whitworth in a playoff at the Southgate Open.

The next year she pulled off a remarkable feat, winning an LPGA tournament on home soil. Not just any tournament, but one that was essentially created for her.

Bourassa was a star in her home province and Quebec businessman Jean-Louis Levesque felt she deserved her own tournament. La Canadienne was created and the top professionals of the day showed up at the Montreal Municipal Golf Course to compete.

The tournament had a storybook ending when Bourassa defeated Sandra Haynie and Judy Rankin in a playoff to capture the title.

The next year, Imperial Tobacco took over the tournament and it continues today as the CP Canadian Women’s Open. Without Bourassa’s star power that first year to give the event life, who knows if the tournament would exist today.

That tournament win pushed Bourassa to the forefront of Canadian sports. In 1972 she was inducted into the Order of Canada, named Canada’s female athlete of the year, won LPGA Tour rookie of the year, and even given an award as the All-American Most Colorful Player of the LPGA Tour, a recognition that sadly seems to have slipped into obscurity.

Despite a number of good years on the LPGA Tour, her playing career would come to an end in 1979 after multiple operations on her knees. That’s when she turned her attention to organizing and trying to lift Canadian golf and the next generation of professionals.

As tournament director for the du Maurier Classic, Bourassa was instrumental in building an event that no player wanted to miss. She attracted better host sites, improved the food and the accommodations for the golfers, and encouraged them to bring their families to the tournament.

There was also the famous Saturday night party, where no expense was spared and everyone danced, sang and maybe had one too many drinks (at least those who had missed the cut).

With Bourassa’s gentle push and Imperial Tobacco’s deep pockets to build the tournament, the du Maurier Classic became a major championship, which was no small achievement.

Not satisfied, Bourassa wanted to build something for Canadian golfers at home and created the du Maurier Series, which started as a place for up-and-coming Canadian golfers to gain tournament experience. In later years, it grew to include help for the young players in all parts of building a career, from financial advice to proper nutrition.

It was here where players such as Lorie Kane gained experience and where, as a 14-year-old amateur, Brooke Henderson won her first professional title.

But there are also many other former participants who have gone on to great careers in other facets of golf and business who were touched by Bourassa’s creation.

In 2018, on a cool Augusta day in Regina, Henderson won the CP Women’s Open. In her victory speech, she praised Bourassa for all she had done, creating a path for her and many others.

Not long after she raised the trophy, she spoke on the phone to Bourassa, the two sharing an experience only they could understand. The two talked several more times in the ensuing years, linked by their passion for golf and Canada. One generation, connecting to the next.

It is through players such as Henderson that Bourassa’s contribution to Canadian golf will continue. And it is through the countless others she touched with her gentle ways, her beautiful laugh and her never-ending gratitude that her memory will live on.