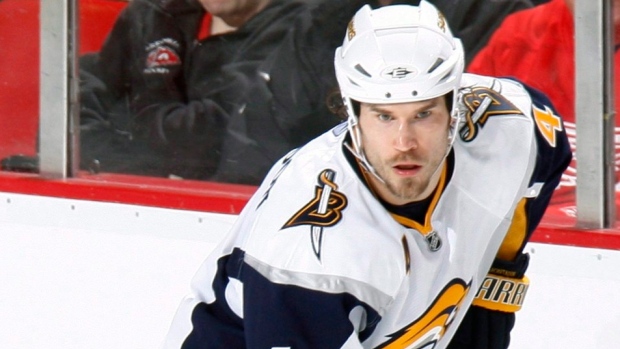 A U.S. federal court judge has terminated a five-year-old wrongful death lawsuit filed by the father of the late Steve Montador, which alleged the National Hockey League has promoted violence and profited off of it while not adequately advising players of the risks of repeated long-term brain injuries.

In a Nov. 24 order, Judge John Z. Lee wrote that he was granting in part and denying in part the NHL’s motion for summary judgment in the case.

While Lee wrote in his 15-page order that some claims made by Montador’s father, Paul, were completely preempted by the NHL’s collective labour agreement with the NHLPA, which directs players with medical-related grievances to pursue private arbitration, he also wrote that several claims can still be pursued by Paul Montador in state court.

Lee wrote that Paul Montador could still pursue negligence claims against the NHL that allege the league has unreasonably promoted a culture of violence, and it implicitly communicated to [Steve] that the brain trauma he suffered was not dangerous.

“The duties upon which Montador relies for these two claims, a duty to not unreasonably promote violence and the duty to refrain from misrepresentative statements, are not grounded in the CBAs…. Accordingly, these two claims are not pre-empted…,” Lee wrote. “Given that Montador may seek to amend his pleadings with additional facts and legal theories to maximize his chance of success on these two particular claims and the claims themselves likely will raise novel issues of state law, it is not at all clear how they will be decided.”

Paul Montador could appeal the decision. His lawyer, Bill Gibbs, said his client is “exploring options.”

Montador was 35 when he died on Feb. 15, 2015. Three months after his death, researchers with the Canadian Sports Concussion Project at Toronto’s Krembil Neuroscience Centre disclosed the former NHL defenceman had suffered from chronic traumatic encephalopathy (CTE).

The Montador family’s lawsuit against the NHL, filed in December of 2015, was put on hold for four years while the NHL fought a proposed class-action lawsuit filed by more than 100 former NHL players. After a settlement in that case – which bars nearly 300 former players and their families of pursuing legal action in the future in exchange for a $22,000 (U.S.) per player settlement – the family’s case moved forward.

The family’s lawsuit alleged that Montador suffered at least 11 documented concussions in the NHL, including four in 12 weeks in 2012. He played 571 NHL games during a 14-year pro career that included stints with the Flames, Panthers, Ducks, Bruins, Sabres and Blackhawks.

The NHL argued that Montador’s injuries were “caused, in whole or in part, by [Montador's] own lack of due care and fault, and/or by pre-existing conditions; and/or the lack of due care of others for whom the NHL has no responsibility or control.”

Toronto neurosurgeon Dr. Charles Tator told a government hearing in Ottawa last year that he examined Montador’s medical records and discovered that he had actually suffered 19 documented concussions. In an interview with TSN, Dr. Tator said that total included brain injuries Montador suffered in junior hockey, the NHL and in his final season as a professional in Zagreb, where he played 11 games for a Croatian-based team in the KHL.