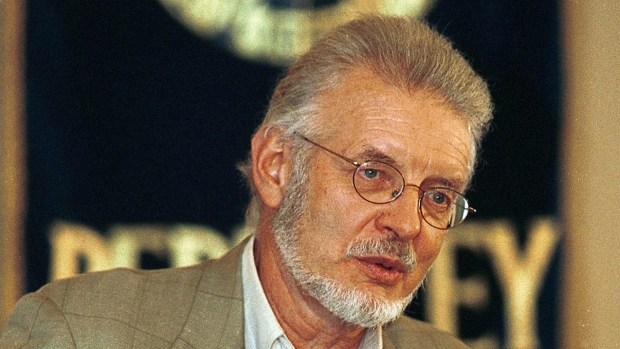 The NHL is counting on Nobel Prize winner Daniel McFadden to help fight a high-stakes lawsuit in which a group of hockey fans are trying to change the way NHL teams sell their broadcast rights.

McFadden won the Nobel Prize in economics in 2000 for his theories on how consumers are offered choices and how they make those choices.

In a lawsuit filed two years ago, some angry hockey fans claim NHL restrictions on broadcasting games violated U.S. anti-trust laws and were inappropriately driving up the cost of sports cable TV packages.

Since 1985, the NHL has prevented teams from selling their broadcast rights to most of their games outside of their local area.

He has said in court documents that he didn’t want to buy a full out-of-market package or subscribe to pay TV to watch Islanders games involving the Florida Panthers and Tampa Bay Lightning, which are blacked out when he tries to watch them through NHL Game Center Live.

The lawsuit also attacks the NHL's tactic of charging customers $179.80 for its full-season offering of games available on cable and satellite providers. Again, both of those packages, known as NHL Center Ice, black out in-market games.

The NHL in August lost a court motion to dismiss the case.

On Oct. 3, lawyers for Laumann filed documents that include a report from Roger Noll, an economics professor emeritus at Stanford University. (Noll is also acting as an expert witness for former UCLA basketball star Ed O’Bannon, who alleges the NCAA has engaged in price fixing by depriving players a piece of lucrative TV and video-game contracts.)

In his recent analysis filed in U.S. federal court, parts of which are labelled "highly confidential" and redacted, Noll—was also a witness for NFL players in their antitrust free-agency case in the 1990s—estimates how much money Major League Baseball and NHL teams might generate from TV and Internet streaming rights without territorial restrictions. (A group of baseball fans is suing MLB in the same lawsuit for similar TV restrictions.)

“The restrictions on the sale and distribution of live broadcast rights that have been adopted by both leagues, their member teams, and their RSNs caused anticompetitive harm to consumers,” Noll wrote in his report, adding restrictions "caused prices that consumers pay for out-of-market telecasts of MLB and NHL games to be higher than would be the case if each team and its RSN were not prevented from televising live games outside the team’s home broadcast territory."

In his analysis, Noll estimates that the New York Islanders would be able to command $9.47 per month per subscriber in an landscape without territorial restrictions, tops in the NHL.

That means if the Islanders could find one million cable TV and Internet customers across the U.S., the team might generate $9.47 million per month in broadcast revenue. Noll’s figures are preliminary and will be challenged by the NHL.

While it might seem odd that the Hurricanes would be among those teams that could charge the most per subscriber if rights were sold without territorial restrictions, the amount a team can charge has more to do with the intensity of their fan base than their recent performance on the ice, a person familiar with the matter told TSN.

For instance, the Ontario Hockey League is said to charge twice as much as the NHL for its full-season Internet streaming package, even though its games are not as widely followed.

It’s unclear how much money the NHL might have to pay for allegedly overcharging if it loses the case. The lawsuit says consumers of baseball broadcasts are owed overcharging damages of at least $25 million for the 2012 season alone, according to Noll’s analysis.

While NHL deputy commissioner Bill Daly didn’t reply to an email seeking comment, a source familiar with the matter told TSN the NHL has hired three economists to challenge Noll’s findings, McFadden among them.

In addition to his Nobel prize, McFadden has examined how U.S. states decide on routes for new highways, and on what factors prompt customers to shift to cars powered by electric batteries rather than gas.

The NHL has filed McFadden’s response to Noll in court but the court has yet to release a redacted version of that response.