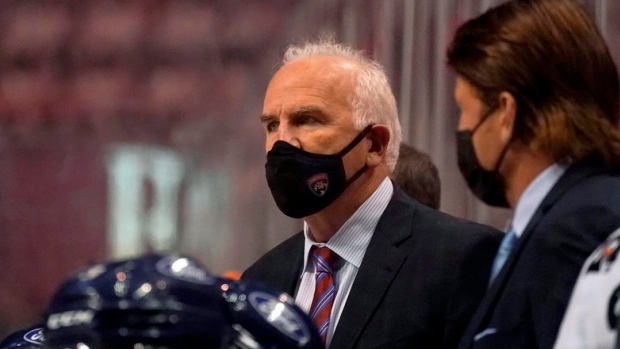 NHL commissioner Gary Bettman met with former Blackhawks coach Joel Quenneville, and will now meet with former Chicago assistant GM Kevin Cheveldayoff on Friday. What outcomes should we expect in the coming days? Kyle Beach said the NHLPA didn't help him after reaching out, so what kind of fallout will come from there? TSN Hockey Insiders Chris Johnston, Pierre LeBrun and Darren Dreger discuss this and more.

What can you tell us about the meeting between NHL Commissioner Gary Bettman and Joel Quenneville? 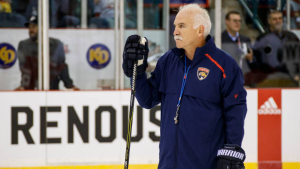 Chris Johnston: Information was kept pretty quiet here. There was a big lockdown after this meeting between Panthers’ management, Joel Quenneville, and the commissioner’s office. What I can tell you is that, on Thursday, the possibility that Joel Quenneville might be terminated, or asked to resign, did hang in the air in that meeting.

It ended up not being something that came to light. There was no decision rendered here and there’s further discussion that needs to happen. It’s my understanding that all options remain on the table. He might have his contract terminated, he could be asked to resign, or there still could be a suspension at play here.

Another thing that’s been contemplated here is Friday’s game in Detroit and whether Joel Quenneville will be behind the bench. No final decision has been made but it was certainly discussed that he might sit it out as this process plays on.

Darren Dreger: Meanwhile there’s been a scheduling change involving Jets’ general manager Kevin Cheveldayoff and his meeting with NHL Commissioner Gary Bettman. The Winnipeg Jets have confirmed that Cheveldayoff will meet with Bettman in New York City on Friday. The Jets pushed to have this meeting bumped up, it was originally scheduled for Monday but neither the team nor Cheveldayoff wanted to drag this through the weekend.

Jets ownership was also strongly behind moving up this meeting to Friday rather than Monday and commissioner Bettman has agreed.

What’s the fallout from the standpoint of the NHLPA and Donald Fehr? 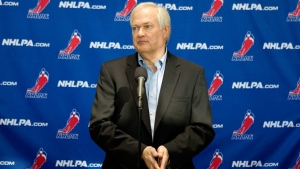 Pierre LeBrun: We saw the statement from the NHLPA and Donald Fehr on Wednesday night, acknowledging, really, that the Players’ Association did not do enough on this matter and that while Kyle Beach was referred to the NHL/NHLPA assistance program, there should have been more done as far as investigating this matter.

I still think there are people around the game that have questions that are still unanswered about what other communication there might have been with Donald Fehr about this matter and what else could have been done. While I don’t think there’s a reason to think that Fehr, at this point, has to step down, I will tell you that I think some people still need some answers.

What kind of steps is the NHL taking in an effort to prevent anything like this from ever happening again down the road? 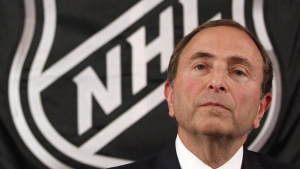 Dreger: Enhanced training measures, which will be adopted in the very near future, specific to sexual abuse and the allegation of sexual abuse. The National Hockey League will employ a third party to provide all the education around this matter and it is going to be dealt with in a very severe fashion. If there’s even a hint, a suggestion that there is inappropriate behaviour, the commissioner’s office has declared that that is to be reported to Gary Bettman immediately. So, again, there will be a third party involved in this but the National Hockey League will continue to oversee it as they do other programs under this umbrella.

Will Brad Aldrich have his name removed from the Stanley Cup? 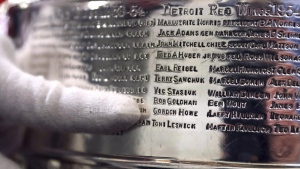 LeBrun: Well, one would hope. One of the things I wanted to know is, ‘How does that happen?’ and at first I wondered about the Hockey Hall of Fame and the Keepers of the Cup. But what I was told is, they are the ‘keepers of the cup’ but it’s not up to them to remove a name from the Stanley Cup. It really goes back to the league running the Cup for practical purposes and what I was told there is, it is the club that suggests the list of names they want to see on the Stanley Cup after they win and then the NHL rubber-stamps it.

So in this particular case, what I’m told is, it is up to the Blackhawks to have a petition to the NHL to remove the name of Brad Aldrich from the Stanley Cup. As we speak right here on air, that has not happened. I think there is a sense that it certainly could happen and I hope I speak for everyone when I say, let’s hope it happens sooner rather than later.

Geno Reda: Getting back to Joel Quenneville, the commissioner said he would reserve judgment on next steps until after their meeting. The meeting is complete, so now we wait.