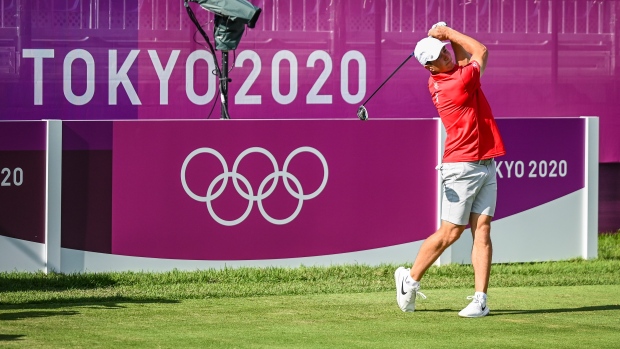 For the second time since returning from its 112-year layoff, golf is part of the Olympic family, with the men’s competition getting underway on Thursday at the Kasumigaseki Country Club’s East Course in Saitama, Japan, 90 minutes north of Tokyo.

Here’s what you need to know about the event:

As opposed to the course in Rio in 2016, which was constructed especially for the golf competition, Kasumigaseki County Club has a grand history that dates back to 1929.

The East Course, where the competition will be held, was originally designed by a group of members but got a facelift from noted British architect Charles Allison a few years after opening.

In 2016, Tom Fazio and his son, Logan, did a significant overhaul of the course, including altering the double greens into 18 individual ones.

The players will find a 7,400-yard layout featuring a healthy number of doglegs, both left and right, that will take drivers out of players’ hands on many holes. The holes are lined with some gnarly rough, while there are pine and cypress trees running down the fairways that will alter lines off the tee.

There are also deep bunkers to contend with and some putting surfaces that feature distinctive sections, challenging golfers to hit the correct portion. Those greens will also be somewhat slow, with speeds that are unlikely to top 10 on the Stimpmeter. That is mostly due to the wet, humid conditions the area gets at this time of year. That also means it could be a dart-fest hitting shots into the greens.

The players shouldn’t have to worry about the setup of the course, as that’s been left to Kerry Haigh of the PGA of America. He does the same job at the PGA Championship, which usually gets the best marks from the competitors when it comes to fairness.

It’s expected to be hot, humid and soggy for the four days of the competition. A weakening tropical storm passed through the area on Tuesday, which already led to the rescheduling of several other events.

For the golf course, it softened things up and stopped any roll the players were getting.

If there is one benefit to the storm it’s that it led to somewhat cooler temperatures, with the average mark for the four days of the competition sitting around 30 degrees. That’s a break from what had been a scorching stretch that went up into the mid- to high-30s.

Open champion Collin Morikawa is the top-ranked player at third in the Official World Golf Ranking, and the field goes down to India’s Udayan Mane who sits in 386th spot.

In between is a mix of major champions, rising stars and newcomers all playing for their countries. There are players from 35 nations and each one carries an intriguing story.
Two golfers, Si Woo Kim and Sung Jae Im, are playing to earn a medals that would give them an exemption from two years of mandatory military service to their home of South Korea.

Two other players, American Patrick Reed and Jorge Campillo of Spain, got in at the last minute after compatriots after Bryson DeChambeau and Jon Rahm withdrew after testing positive for COVID-19.
Rory Sabbatini, born in South Africa, took out citizenship in Slovakia, the homeland of his wife, which allowed him to compete at the Games.

In reality, there are about 20 players with a legitimate shot to earn a medal but each golfer can now call himself an Olympian.

The competition is 72 holes of stroke play with no cut.

Many players would prefer some sort of team element to the competition. One idea is the format used at the Zurich Classic, where two-player squads alternate between days of better ball and alternate shot. Others have suggested some sort of mixed format with total scores between the men’s and women’s events or possibly mixed teams.

Those may happen down the road, but for now it’s a straight-forward format.

He won the Japan Junior championship as well as the Asia-Pacific Amateur at the Kasumigaseki course. The latter event gave him a berth in the Masters as an amateur.

Matsuyama is recovering from COVID-19, which caused him to miss the Open Championship. He said it cut into his preparation time but added that he feels his game is ready for the Olympic event.

The other Japanese golfer is Rikuya Hoshino, who will hit the opening tee shot on Thursday morning.

Corey Conners and Mackenzie Hughes will play for Canada. Both arrived in Tokyo after successful performances at the Open Championship two weeks ago.

Hughes travelled home before making the journey to Japan while Conners and his wife Malory relaxed in London and Paris for a while.

Both players have their wives with them in Tokyo and the entire Canadian contingent, which includes Hughes’ wife Jenna, caddies Danny Sahl and Jace Walker, and coach Derek Ingram, are staying in a hotel close to the golf course to avoid the two-hour trek to the Olympic Village.

The Olympics will offer up world ranking points to players, although the strength of field is not high – especially with the withdrawals of Rahm and DeChambeau.
The winner of the event receives a one-year exemption into all four majors and the Players Championship in 2022. A full exemption onto the European Tour is another perk that comes with the gold medal.