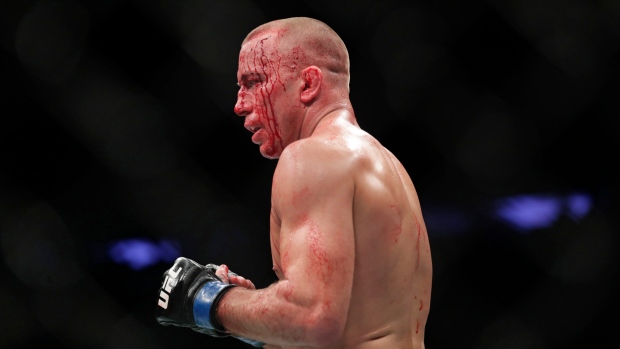 UFC middleweight champion Georges St-Pierre will be out indefinitely because of a bout with colitis, according to UFC President Dana White.

White revealed the news to reporters in Las Vegas on Friday. He did not offer a time table for St-Pierre's return.

Colitis is an inflammation of the colon that can cause abdominal pain, cramps and diarrhea.

St-Pierre returned to the octagon after four years from the ring to win the middleweight championship by defeating Michael Bisping at UFC 217.