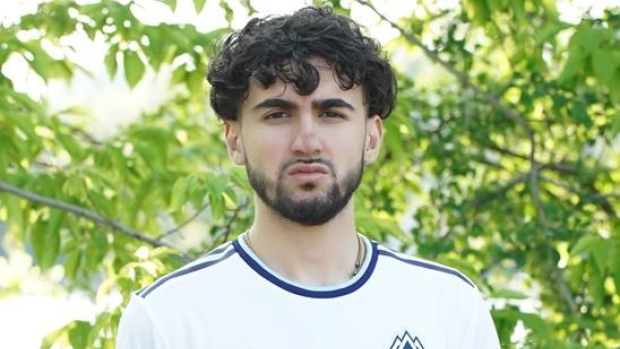 VANCOUVER — The Vancouver Whitecaps have fired esports gamer Agit (AgitPower) Katilmis for telling an online opponent to kill himself.

The Whitecaps, who announced the signing of Katilmis' on June 14, said his eMLS contract had been terminated "effective immediately."

"The seriousness of the matter cannot be overstated and the club strongly condemns these comments," the team said in a one-paragraph statement that cited "inappropriate and unprofessional comments" during a recent online game.

The Whitecaps did not provide any more details, but a clip of the incident in question was posted Monday on Twitter.

Katilmis, irate at opponent TNick1310 for some reason, is shown saying: "You should go kill yourself."

Katilmis took to social media to apologize "to the whole FIFA community and most important to everyone who is struggling with mental health.

"I'm committed to preventing this from happening ever again and immediately reached out for an anger management program," he added. "I promise I'll take my responsibilities seriously and will aim to be a better person."

Katilmis said he had apologized to his opponent and has made a $2,500 donation to the Canadian Association for Suicide Prevention, attaching an official receipt as proof.

He said the amount represented his salary and all donations he had received for the month.

"My behaviour was wrong and I hope you can forgive me," Katilmis concluded.

Both players had already qualified for the FIFAe World Cup, scheduled for Aug. 6-8 in London. Katilmis, from Laval, Que., collected $20,000 as runner-up in the North American tournament.

Katilmis, the top-ranked Canadian and fourth-ranked PlayStation player in North America, was one of three esports players for the Whitecaps, along with Alex (Exraa) Gonzalez and Erfan (Skill Shack) Hosseini.

This report by The Canadian Press was first published July 13, 2021.