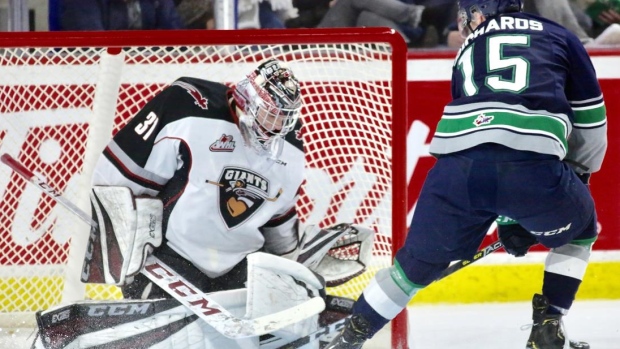 The Western Hockey League is asking current and former players to opt out of a class-action minimum-wage lawsuit against the league, suggesting that the future of amateur sports in Canada is at risk.

The WHL shared its message in an e-bulletin that was sent Tuesday by email to a distribution list that includes current and former players. The group email was obtained by TSN.

“Given the potential damage a lawsuit of this nature may have on the WHL, Canadian Hockey League (CHL) and the entire amateur sport system, it is extremely important to keep you informed as the case progresses,” the e-bulletin reads. “The lawsuit was initiated by a group of Ontario-based lawyers who we don’t believe have any experience with our teams or leagues.

“We do not believe amateur sports can or should be regulated by employment legislation. Almost all provincial governments across our country agree with the CHL. Despite this, the lawsuits and the ongoing challenge to our player experience and the overall amateur hockey development system continues.”

The e-bulletin includes a link for players to opt out of the litigation.

The Canadian Hockey League and its three leagues have been battling minimum-wage lawsuits for the past five years.

Current and former players suing the leagues have argued the teams are for-profit businesses and that players should enjoy protection under employment rights legislation. The WHL has argued that players are amateur student athletes and that they already have access to valuable educational scholarships.

The league warned that the lawsuits, if successful, could have wide-ranging implications.

“According to the theory of the lawsuit, any amateur hockey or sport organization that sells tickets or sponsorships could be considered employers and their athletes could be classified as employees,” the e-bulletin says. “As a result, this lawsuit could not only jeopardize other amateur sport organizations (such as U Sports, National/Olympic Teams, etc.) but at the same time eliminate opportunities for amateur athletes in the future.”

While few of the CHL’s star players have complained, other lesser-known players contend that they are receiving a pittance while playing for leagues that have become big business.

Team financial statements filed in connection with the lawsuit show that teams in the WHL in 2016 generated a collective $88 million in revenue.

The Oil Kings were the WHL’s most profitable club in 2016, with a $1.4 million profit, while the Victoria Royals reported the largest loss at $1.5 million. Portland did not submit any financial statements for the years 2012 to 2016, despite a court order to do so.

The league bulletin does not address the profits reported by the WHL or its teams.

A Calgary judge certified the lawsuit against the WHL as a class action in July 2017. That means hundreds of former players are set to automatically become plaintiffs in the case unless they notify the court that they don’t want to participate.