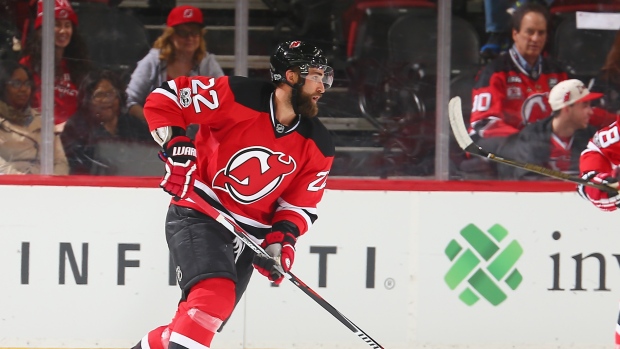 The Minnesota Wild placed defenceman Kyle Quincey on waivers Wednesday. He was joined by Jordin Tootoo of the Chicago Blackhawks and Nate Prosser of the St. Louis Blues.

Quincey owns three assists and a minus-4 rating while averaging 14:17 of ice time in 18 games this season. He was minus-3 in the team's 7-2 loss to the Winnipeg Jets on Monday.

The 32-year-old joined the Wild as a free agent in July, signing a one-year, $1.25 million contract with the club.

He was traded last season from the New Jersey Devils to the Columbus Blue Jackets in March.

Tootoo, 34, opened the season on injured reserve with the Blackhawks due to an upper-body injury. He scored four goals and posted nine points in 66 games with the Devils last season.

Prosser, 31, has appeared in one game with the Blues this season, failing to log a point against the Calgary Flames on Oct. 25.

Capitals defenceman Aaron Ness cleared waivers on Wednesday and was assigned to the AHL.