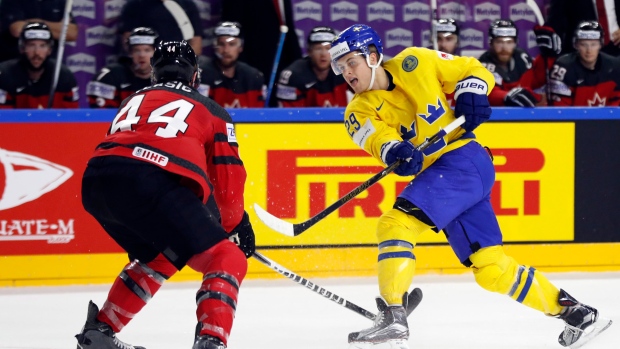 Sweden is getting some offensive help at the IIHF Hockey World Championship as Toronto Maple Leafs forward William Nylander will join the team for the rest of the tournament in Finland, the Swedish Ice Hockey Association has confirmed.

The 26-year-old scored 34 goals and added 46 assists for a career-high 80 points over 81 games with the Maple Leafs in 2021-22, his seventh year with the club. Nylander added three goals and four assists over seven games in the playoffs as the Leafs were eliminated by the Tampa Bay Lightning in the first-round.

This will be Nylander's third appearance at the World Hockey Championship for Sweden after helping them win gold in 2017, scoring seven goals and seven assists over 10 games. He has a total of 12 goals and 20 assists over 18 career games at the world championship.

The Swedes currently sit in first-place in Group B with a three wins and an overtime victory with with no losses.

Nylander will join Sweden in Tampere, Finland on Saturday.