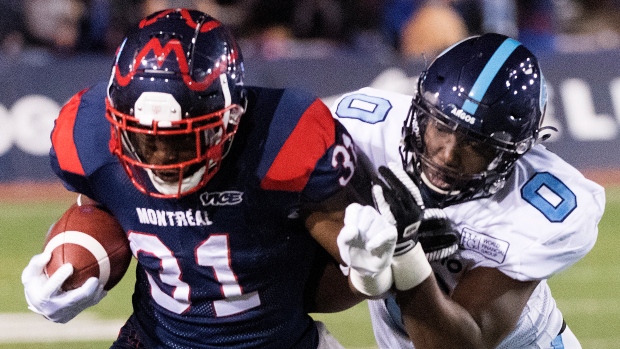 CFL all-star running back William Stanback is set to sign a futures deal with the Oakland Raiders, according to TSN's Farhan Lalji.

By signing a futures deal, the American can join the Raiders roster once it expands from 53 to 90 players for the offseason on the first day of the NFL's 2020 business year on March 18.

Stanback rushed for 1,048 yards, with five touchdowns, while adding 33 catches for 329 yards in 14 games with the Montreal Alouettes.

The 25-year-old played two seasons in the CFL, before Montreal he spent three years playing for The University of Central Florida in the NCAA.