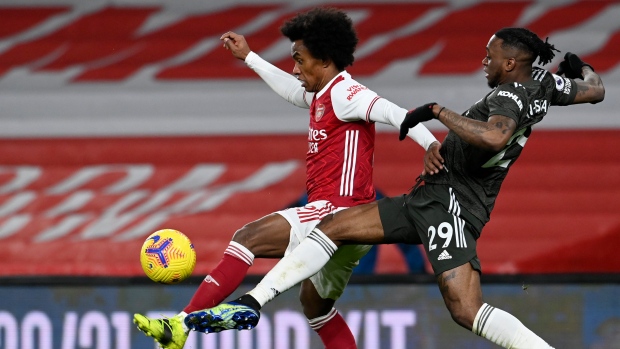 Arsenal announced on Monday that the Brazil winger's contract had been terminated by mutual consent and he will rejoin boyhood club Corinthians.

"Everyone at Arsenal wishes Willian and his family well for the future," the Gunners said in a statement.

Willian, 33, had two years remaining on his deal with Arsenal after arriving on a free transfer from Chelsea last summer. He made 25 league appearances for Arsenal last season, scoring once.

He returns to the team he signed for in 1998 at the age of 10 and for whom he made his professional debut in 2006 before leaving for Europe and Shakhtar Donetsk in 2007.

Willian's greatest success in Europe came in his seven seasons at Stamford Bridge after joining Chelsea in a £30 million move from Russian side Anzhi.

Over his time at Chelsea, Willian won two Premier League titles, a League Cup, the 2018 FA Cup and the 2019 Europa League title.

Internationally, Willian has been capped 70 times by Brazil and was a member of their 2019 Copa America-winning squad.