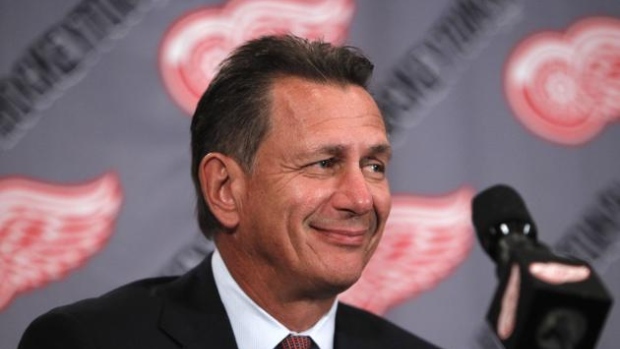 Detroit Red Wings general manager Ken Holland said in an interview with Max Bultman of The Athletic that the club could explore offer sheets as a potential way to add restricted free agents this summer, but only in the right situation.

GM Ken Holland sits down with @m_bultman for a frank Q&A about the #RedWings rebuild, the progress of the prospects, Jeff Blashill's future and more.https://t.co/GLaBPFkOor

No team has signed a restricted free agent to an offer sheet since the Calgary Flames inked Ryan O'Reilly on Feb. 28, 2013 - a contract that was matched by the Avalanche and kept the centre in Colorado. The offer sheet that saw a player change teams came in 2007 when the Edmonton Oilers plucked Dustin Penner away from the Anaheim Ducks.

After making the playoffs every season from 1990 to 2016, the Red Wings have missed the playoffs in each of the past two seasons and enter play Monday second-last in the Atlantic Division with 45 points. They will return from the All-Star Break Friday as they host the Toronto Maple Leafs at Little Caesars Arena.