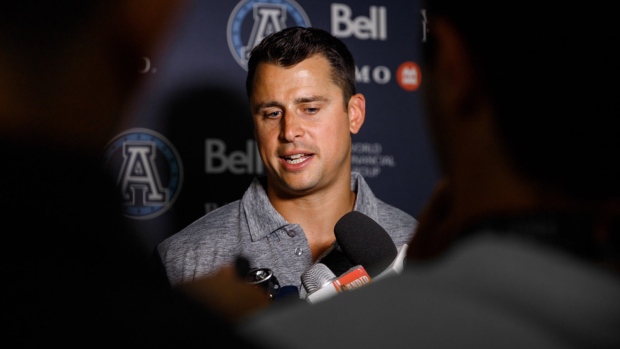 According to Winnipeg Blue Bombers head coach Michael O'Shea, quarterback Zach Collaros is "good to go" health-wise as he took live full-speed reps for the first time since suffering a concussion in Week 1 with Saskatchewan.

Collaros says he feels good and is ready to play. He has been learning Winnipeg's playbook since arriving in a trade from the Toronto Argonauts at the trade deadline on Oct. 9. He appeared in zero games with the Argos.

O'Shea doesn't have a scenario yet of getting Collaros into game action, saying "this is Chris Streveler's team right now".

In 2018, Collaros started 14 games for the Roughriders, throwing 2,999 yards and nine touchdowns.