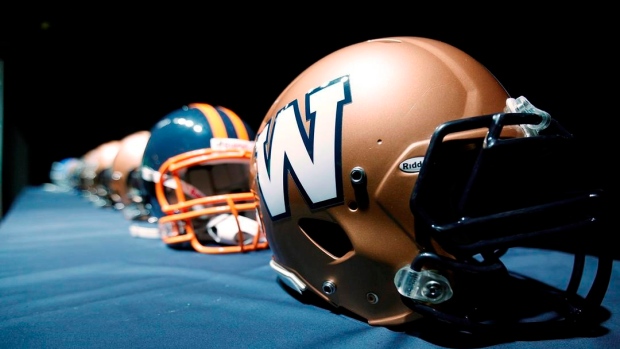 The Winnipeg Blue Bombers and Montreal Alouettes got some business done ahead of Tuesday evening's CFL Draft.

The Bombers acquired defensive tackle Cameron Lawson and the 13th overall selection from the Als in exchange for the No. 9 and No. 18 overall picks.

The Alouettes, however, were not done with making draft-day deals as they acquired the first overall from pick from the Edmonton Elks a short time after their first trade.

Lawson, 24, was the 16th overall pick of the 2020 CFL Draft out of Queens. He appeared in four games for the Als last season.

A native of Caledon, Ont. ,Lawson was named the OUA Lineman of the Year in 2019.

The draft is set for 8pm et/5pm in Toronto.