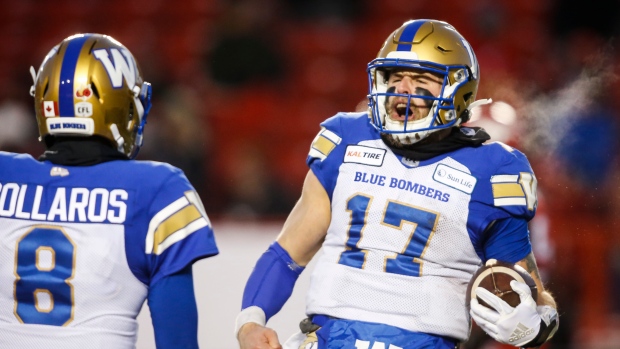 Quarterback Chris Streveler was not practising with the Winnipeg Blue Bombers Wednesday as they prepare for the Western Final against the Saskatchewan Roughriders.

Streveler missed practice leading up to the Blue Bombers' Western Semi-Final win over the Calgary Stampeders on Sunday with an ankle injury, but suited up and played in the game.

The 24-year-old finished with 82 yards and a touchdown on 13 carries while spelling Zach Collaros in the Bombers' backfield.

Defensive back Jeff Hecht was also a spectator at Bombers' practice Wednesday.