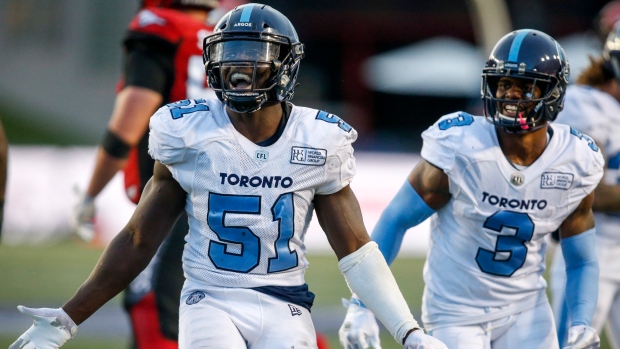 The six-foot 225-pound Awe had been on the free-agent market for a week.

Awe had 44 tackles, six special-teams tackles, a sack and interception in 10 games last season with Toronto. Awe is entering his fourth CFL season, having spent the previous three with B.C. and the Argonauts.

This report by The Canadian Press was first published Feb. 18, 2020