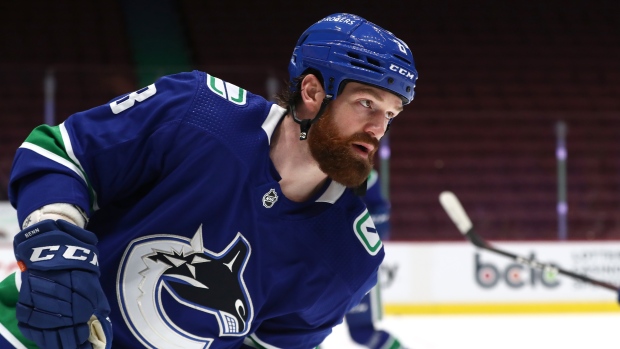 The Winnipeg Jets have have acquired defenceman Jordie Benn from the Vancouver Canucks, in exchange for a sixth-round pick.

The 33-year-old has played in 31 games this season for the Canucks and scored a goal with eight assists.

Benn is in the final season of a two-year, $4 million deal he signed with the Canucks after spending three years with the Montreal Canadiens.

He began his career as an undrafted free agent with the Dallas Stars and has appeared in 548 NHL games over the course of his 10-season career.

The Victoria, BC native has 24 career goals with 102 assists.