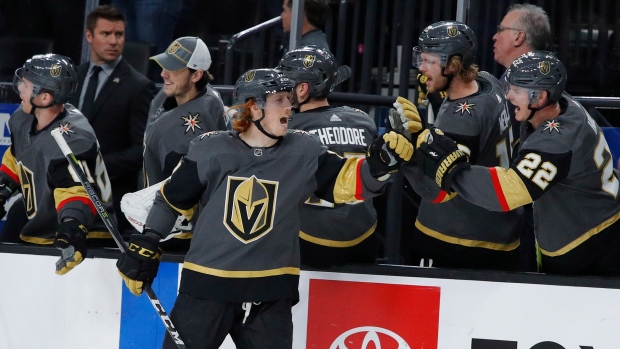 The Jets acquired the Winnipeg-born centre from the Vegas Golden Knights on Friday for a conditional fourth-round pick in 2021.

If the Jets qualify for the playoffs this year or re-sign Eakin to a new contract by July 5, the Jets will instead transfer their 2021 third-round pick to the Golden Knights. Eakin is eligible to become an unrestricted free agent this summer.

A third-round pick (85th overall) of the Capitals in 2009, Eakin was a member of a Canadian team that finished second at the world junior hockey championship in 2011.

The six-foot, 183-pound Eakin joins a Jets team that was sitting in the first wild-card playoff spot in the Western Conference entering play Friday night.