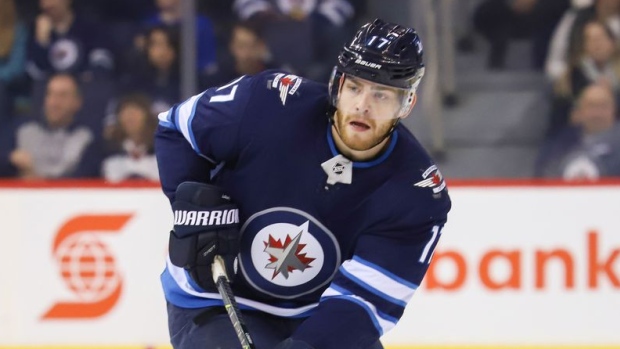 Adam Lowry is OUT tonight for the Jets, per coach Paul Maurice @TSN_Edge

Lowry sustained an injury in the first period of a game on Thursday against the Maple Leafs after Toronto forward Alex Galchenyuk caught him up high on a hit. Lowry was able to remain in the game, playing one more shift, but did not return to action once the second period began.

The 28-year-old Lowry has passed concussion tests but still isn’t feeling 100 per cent healthy and is currently listed as day-to-day.

Lowry has eight goals and 12 assists in 46 games this season. The Jets signed him to a five-year extension earlier in the week.