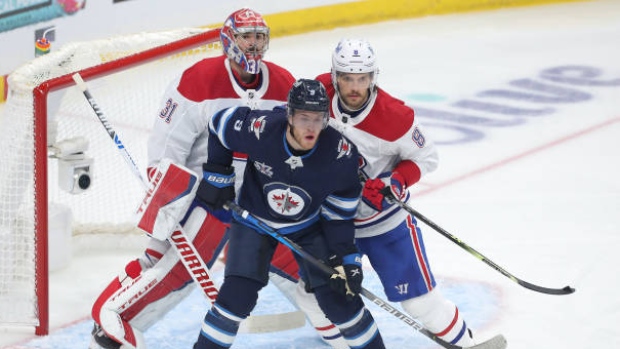 Winnipeg Jets forward Andrew Copp will miss Tuesday's game against the Vegas Golden Knights with an upper-body injury, according to TSN's Sara Orlesky.

Copp, 27, suffered the injury during the Jets 4-3 overtime victory over the St. Louis Blues when he took a high hit from Blues forward Oskar Sundqvist.

Copp is scheduled to become an unrestricted free agent at the end of the season and is ranked No. 17 on the TSN Hockey's Trade Bait board.