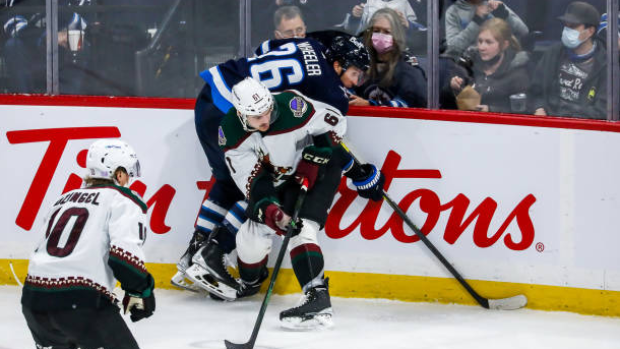 Winnipeg Jets captain Blake Wheeler is finding a silver lining in the team's current run of just one win in their past seven games.

After being shutout for the second time in four games Monday against the Arizona Coyotes, Wheeler said he believes the current adversity will come back to help the Jets in the playoffs.

"When you go through tough times, that's when you find out what you're made of," Wheeler said. "If you just coast through the season and score goals at will, you're going to get punched in the mouth in the playoffs. How are you going to deal with it?

"I think our group going through some adversity and learning how to win games without relying on the offense, that is going to make us grow a lot."

With Monday's 1-0 loss Coyotes, the Jets have scored just nine goals over their past seven games, four of which came in Saturday's 4-2 win over the Calgary Flames.

The Jets outshot the Coyotes 46-15 on Monday but were unable to convert on six power plays as Karel Vejmelka posted his first career NHL shutout to pick up just his second win in 14 games played.

“You'll have games where you don't win those games and then, there will be games later down the road that we don't deserve to win, and we will find a way to win,” Jets forward Paul Stastny said. “We just have to try and stay positive with it and just keep working because no one is going to feel bad for us.

"We're struggling a bit scoring but it's not for lack of chances, and we didn't cheat the game to get more. We played a sound game and it wasn't there tonight." 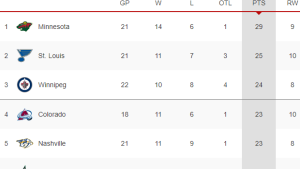 The Jets, who swept the Edmonton Oilers in the first round of the playoffs last year before being swept themselves by the Montreal Canadiens, have slipped to third in the Central Division, with the Colorado Avalanche, Nashville Predators and Dallas Stars all within striking distance with games in hand.

The Jets have three days off before facing the New Jersey Devils Friday in the second of a four-game homestand.