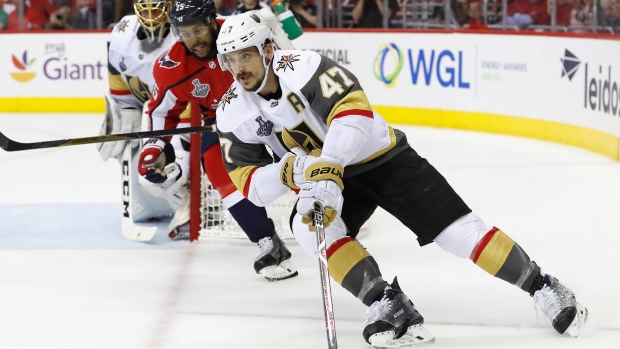 The Winnipeg Jets have claimed defenceman Luca Sbisa off waivers from the Anaheim Ducks.

The Ducks put Sbisa on waivers after signing him to a one-year deal on Tuesday. He had previously spent training camp on a PTO with the New York Islanders.

TRANSACTION: The Winnipeg Jets have claimed D - Luca Sbisa off waivers from the Anaheim Ducks.

The 29-year-old appeared in nine games with the Islanders last season, posting one assist. He has played in just 39 contests over the past two seasons, including 30 games with the Vegas Golden Knights in 2017-18.

The Jets are currently without defenceman Nathan Beaulieu, who is on injured reserve, in addition to Dustin Byfuglien, who is suspended by the team as he weighs his playing future.

The Jets will host the Calgary Flames on Saturday before visiting the Ducks on Tuesday.