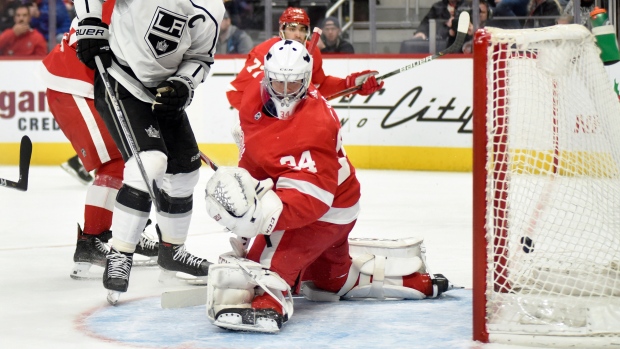 The Winnipeg Jets claimed goaltender Eric Comrie back off waivers from the Detroit Red Wings on Thursday.

Comrie played in three games for the Red Wings and made two starts, where he compiled an 0-2-0 record with a .864 save percentage and 4.28 goals-against average. Comrie did not appear in a game with the Coyotes after being claimed from the Jets in October.

The 24-year-old Comrie was 2-3 with a 4.21 GAA in five games over the previous three seasons with the Winnipeg Jets.

Comrie is currently on a two-year contract that expires at the end of the 2020-21 season and carries the league-minimum $700,000 cap hit.