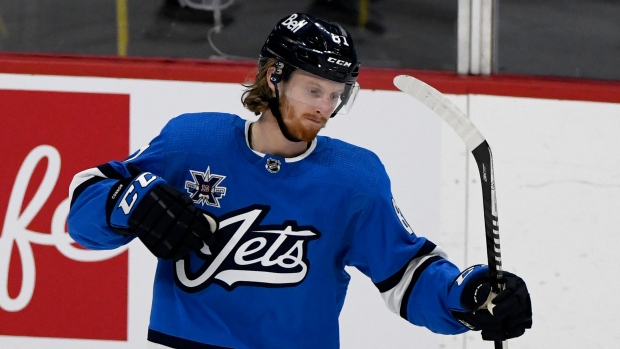 Help is on the way for the Winnipeg Jets.

Forward Kyle Connor and defenceman Nate Schmidt both joined the team for practice on Monday after exiting the NHL's COVID protocol. Both players have missed the Jets past three games after being placed in the protocol last week.

Good news for the #NHLJets. Both Kyle Connor and Nate Schmidt are out of COVID protocol, back in Winnipeg and on the ice. They missed three games each since testing positive last Wednesday morning in Buffalo. #wfp pic.twitter.com/52Expc6bze

The Jets, who have lost two straight games, currently sit six points back of the Vegas Golden Knights for the final wild-card spot in the Western Conference with one game in hand.

Connor, 25,  is having a career season with the Jets, netting a team-leading 41 goals and 82 points over 67 games.

In his first season with the Jets, Schmidt, 30, has four goals and 27 assists over 66 games.

The Jets will host the Detroit Red Wings on Wednesday in the second game of a three-game homestand.