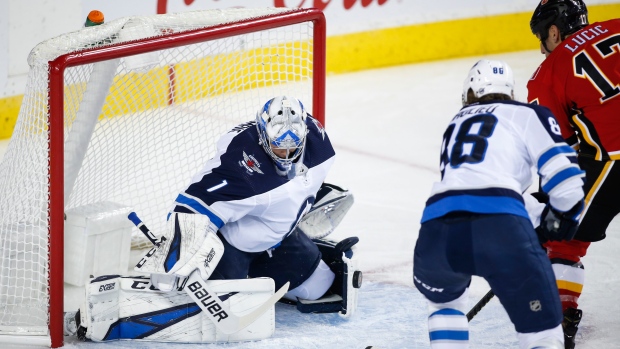 The Arizona Coyotes claimed goaltender Eric Comrie off waivers from the Winnipeg Jets on Tuesday, while the Jets claimed defenceman Carl Dahlstrom from the Chicago Blackhawks.

All other players placed on waivers Monday cleared.

Comrie was a restricted free agent this summer and signed a two-year deal with the Jets carrying $700,000 cap hit. The 24-year-old appeared in one game with the Jets last season, allowing five goals.

The 2013 second-round pick posted a 25-20-2 record with the AHL's Manitoba Moose last season, recording a .917 save percentage and a 2.69 goals-against average.

Dahlstrom, 24, had six assists in 38 games with the Blackhawks last season. The left-hand shot was also drafted in the second round of the 2013 NHL Draft by the Blackhawks.

The Swedish blueliner carries a $850,000 cap hit and is signed through next season.