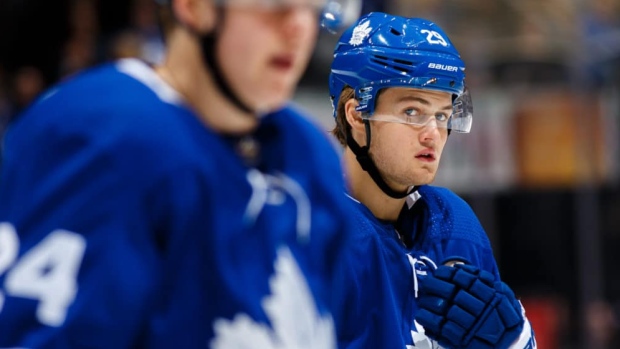 With Saturday's deadline to sign William Nylander looming, the Toronto Maple Leafs appear to be doing their due diligence once again on trade options for the winger.

TSN Hockey Insider Pierre LeBrun reported on Twitter on Thursday that the Leafs' priority is still to sign the restricted free agent, but they've asked teams to update their offers in case of a trade.

"The Maple Leafs' priority/hope is still to re-sign William Nylander but my understanding with that with just two days to go to the signing deadline, Toronto has circled back to some teams suggesting they put their best foot forward on trade offers... which makes sense," LeBrun tweeted.

"The point here is that TOR is ringing the bell, last call for William Nylander trade offers," TSN Hockey Insider Bob McKenzie added. "Soon after that, TOR will ring the bell on final contract offer to Nylander. He’ll either accept or reject. If it’s latter, TOR either trades him or lets the deadline pass."

The Process continues. Nylander has always been a two-track negotiation — sign or trade — and it’s getting close to time for one of the trains to pull into the station. Of course, it’s not out of the question for neither to arrive by 5 pm Saturday. 🤪 https://t.co/eK5NCbNnSy

Nylander must sign a contract by Saturday at 5pm ET in order to play in the NHL this season, leaving the team with two days to work out a deal.

Maple Leafs head coach Mike Babcock said once again Wednesday he expects the winger will reach a deal with the team and plans to play him as soon as he gets back. He added Thursday that the team believes Nylander will be a "career Leaf."

The Leafs improved to 18-8 with their win over the San Jose Sharks on Wednesday, while Nylander skated again with Sweden's AIK IF junior team.