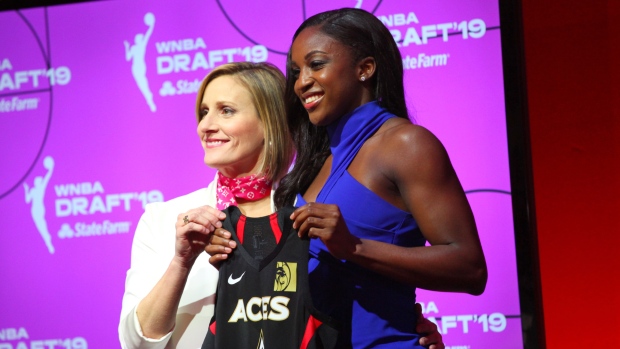 The WNBA will hold its 2020 draft on April 17 as originally scheduled; however, due to the COVID-19 pandemic, it will be conducted virtually with no players, guests or media in attendance. WNBA Commissioner Cathy Engelbert will announce the draft picks, with top prospects participating remotely.

The WNBA Draft 2020 presented by @StateFarm will be held as previously scheduled on April 17 in a modified, virtual draft format.

“The WNBA draft is a time to celebrate the exceptional athletes whose hard work and dreams are realized with their selections in the draft,” Engelbert said in a statement.  “Safeguarding the health and well-being of our prospects, players, employees, and everyone connected to our game as well as the general public is paramount.  With that in mind, we will work diligently with our broadcast partner, ESPN, to create a memorable but virtual event that appropriately honors these accomplished athletes.”

At the draft, the WNBA plans to honour Alyssa Altobelli, Gianna Bryant, Payton Chester and former Los Angeles Lakers superstar Kobe Bryant, who died in a helicopter accident on Jan. 26. The league also plans to honour Kobe Bryant, a passionate advocate of the WNBA, during the upcoming season.

The league also announced that it is conducting ongoing scenario planning around the impact of the COVID-19, including the scheduled start of training camp on April 26 and the scheduled tip of the WNBA season on May 15, and will provide updates regarding any changes to key dates.