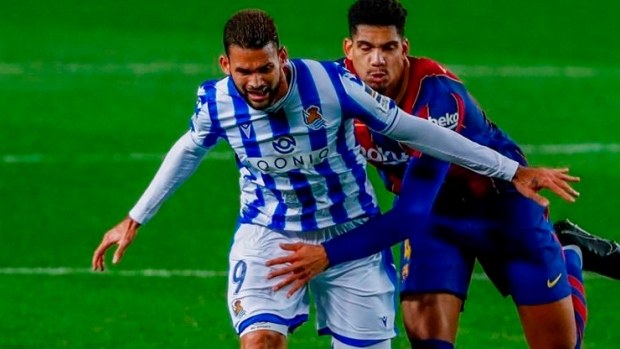 The loan signing adds depth to the Wolves squad after forward Raúl Jiménez suffered a fractured skull against Arsenal on Nov. 29.

Wolves said the deal remains subject to Willian José being granted a work permit and international clearance, and that it includes an option to buy at the end of the season.

Wolves said he is unlikely to be available for the team's next game against Chelsea in the Premier League on Wednesday.

Willian José has scored 62 goals in 170 games for Real Sociedad but scored only three times in 13 games in La Liga this season. He scored twice in his last game for the Spanish club in a 2-0 win over Cordoba in the Copa del Rey on Wednesday.