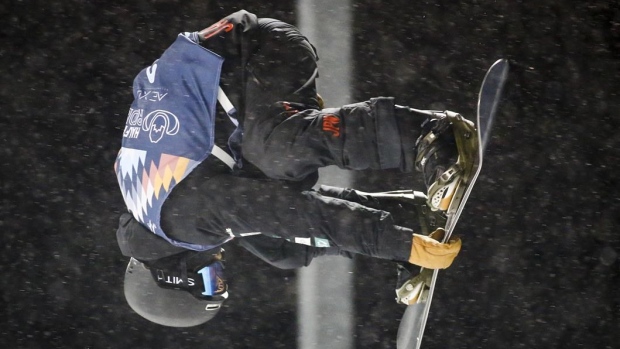 CALGARY — Increasingly uncomfortable with a shrinking timeline, the world governing body of skiing halted Calgary's pursuit of the world freestyle and snowboard championships next month.

Freestyle Canada and Canada Snowboard were working feverishly on plans to host the event Feb. 24 to March 14 at Canada Olympic Park, with the first of roughly 500 athletes due to arrive Feb. 15.

Calgary would have been stand-in host city. China was the original site of the 2021 championships doubling as test events for the 2022 Winter Olympics in Beijing.

The logistics of holding an international, multi-disciplinary snow-sport championship amid the COVID-19 pandemic ultimately caused China to give up on it.

"There was a just an increasing discomfort from the FIS side around the duration it was taking and the uncertainty of what it might look like on the other side," he told The Canadian Press on Wednesday.

"We had a good plan, but in this day and age, there's just no certainty. FIS was looking for that certainty."

FIS had tentatively scheduled Calgary as world championship host with a "to be confirmed."

Athletes would have quarantined upon arrival with regular testing before being able to train in cohorts.

"This isn't on the province. It's not their fault," Judge said. "Alberta Health and the authorities are doing their job. Just because we're having an event, there's bigger things in play.

"It's disappointing. We thought we could make it all work and get it in and make our international partners comfortable, but at the end of the day, there wasn't that comfort or confidence level."

The championship would have included men's and women's freestyle and snowboard big air, halfpipe and slopestyle plus freestyle's moguls and aerials.

Ski and snowboard cross and alpine snowboard weren't in the proposal because there isn't enough terrain at COP to include those events.

FIS announced earlier this week that the ski and snowboard cross world championships will be held Feb. 11-13 in Idre Fjäll, Sweden, where the Canadian ski cross team is racing World Cups this week.

World championships in the other freestyle and snowboard disciplines may also be broken up and held at various sites that have been able to host World Cups this season.

WinSport's Canada Olympic Park still has an important role to play as a training mecca for Canada's 2022 Olympic team.

Athletes who haven't been able to travel and compete elsewhere are using it as a long-term training base.

Canadian snowboarders and the freestyle halfpipe and slopestyle teams were there this month before departing for the X Games in Aspen, Colo., going ahead Jan 29-31.

The moguls team arrives in Calgary on Thursday before heading to Deer Valley, Utah, in February. The aerials team will eventually end up in Calgary too, Judge said.

"Right now, it's about getting as many training days in as we can in February, March, April and getting that mileage in," he said.

Freestyle Canada and Canada Snowboard will now try to bring a series of World Cup events to Calgary in December as part of Canadian athletes' preparation for the Winter Olympics.

This report by The Canadian Press was first published Jan. 20, 2021.