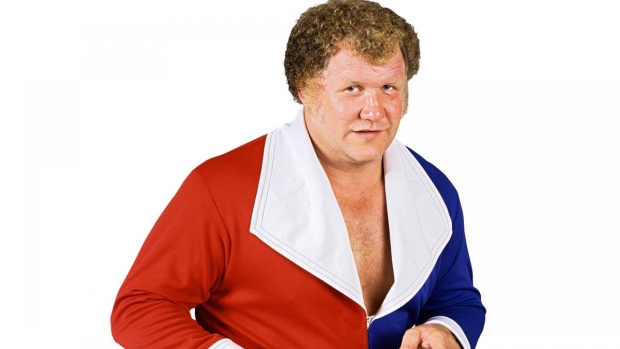 Eight-time world heavyweight champion and widely considered to be one of the greatest wrestlers of all-time, Harley Race has died at the age of 76.

Race had been diagnosed with lung cancer.

Today at 12:50, we lost the man that fought up until the very last of his existence. More information will be released soon, but just know that he loved pro-wrestling and the fans that loved him.

Harley Race, we love you

A native of Quitman, MO, Race's in-ring career spanned four decades and saw him wrestle for promotions in the United States, Canada, Mexico and Japan.

Race won the National Wrestling Alliance World Heavyweight Title on eight occasions, including a defeat of Terry Funk at Maple Leaf Gardens in Toronto in 1977.

Breaking into the sport into the early '60s, Race rose to fame in the American Wrestling Association in a heel tag team alongside Larry "The Ax" Hennig, feuding with Dick the Bruiser and the Crusher. The team would capture the AWA tag titles on three occasions.

Jumping to the NWA in the early '70s, Race would have a number of memorable matches and feuds with the likes of Pat Patterson, Dusty Rhodes and Ric Flair.

From his victory over Funk in Toronto until losing the title to Rhodes in June of 1981, Race would hold the title for a combined 1,575 over that period.

In 1986, Race joined the World Wrestling Federation where he was managed by Bobby "The Brain" Heenan. Race defeated Pedro Morales that year to become King of the Ring and began using a king gimmick with a crown and cape. This would lead to a memorable match at WrestleMania III in 1987 against Sylvester "Junkyard Dog" Ritter."

Race would go on to feud with "Hacksaw" Jim Duggan and Hulk Hogan before leaving the promotion in 1989.

He jumped to World Championship Wrestling in 1990 as an in-ring performer, but transitioned to a managerial role the following year, helping to lead Lex Luger to the world title. Race would go on to manage other wrestlers, most notably Leon "Big Van Vader" White.

After a brief comeback to the ring, Race ended his career in 1995 following a car accident.

In subsequent years, Race would make sporadic appearances for various promotions including a confrontation with Randy Orton in WWE in 2004 when Orton was in the midst of his "Legend Killer" gimmick.

Race was inducted to the WWE Hall of Fame in 2007 by Flair and Arn Anderson.

With news of his death, tributes for Race poured in from across the industry.

#RIP Harley Race. This is why we should not throw the term Legend around freely. It needs to be saved for people like Harley who truly are.

"RIP Harley Race. This is why we should not throw the term 'legend' around freely," wrote Lance Storm. "It needs to be saved for people like Harley who truly are."

Harley Race was literally the King of his profession for 25 years. Long live the King. pic.twitter.com/nY3V5hyp3N

"Harley Race was literally the king of his profession for 25 years," wrote WWE chairman Vince McMahon. "Long live the king."