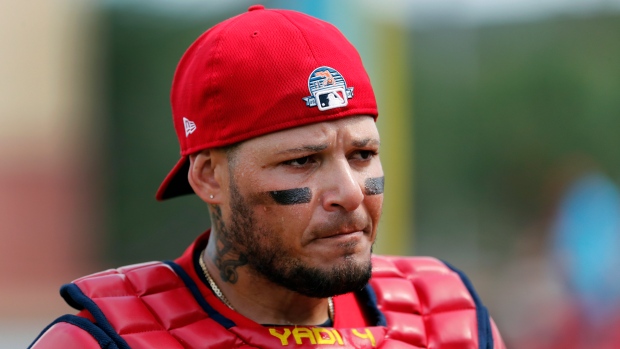 Few players around the MLB are more closely aligned with one team than Yadier Molina and the St. Louis Cardinals.

But with 2020 being the final season of his contract, Molina told Marly Rivera of ESPN he is open to a future outside Busch Stadium if he and the Cardinals are unable to reach an extension. He is due $20 million in the final year of his deal.

"Obviously, St. Louis is my first option. But if they don't sign me, then I'm willing to go into free agency. This situation has changed my mentality, and all I want to do is play," he said.

By situation, Molina means COVID-19 and the uncertainty it has caused around the game. Earlier this year he hinted he might retire if he and the Cards were unable to come to an agreement on a new deal. Now, the soon-to-be 38-year-old catcher just wants to play.

"Before this terrible situation happened, I thought there was a 50/50 chance that the 2020 campaign would be my last. Not now," he said.

Molina has been with the Cardinals as their primary catcher since 2004 -- a run practically unheard of, especially at the catcher position.

The Bayamon, Puerto Rico native's best season came in 2012 when he batted a career-best 22 home runs while hitting .315. He finished fourth in National League MVP voting that season.