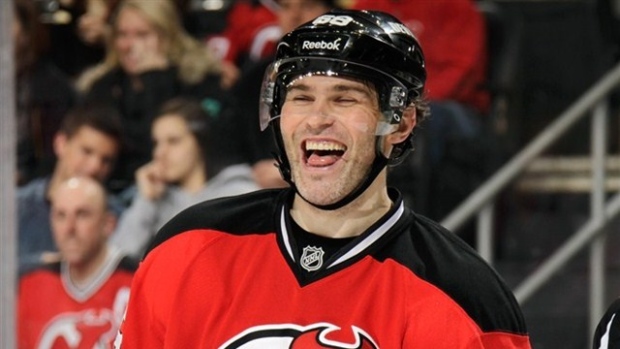 Jaromir Jagr is going to retire as one of hockey’s most accomplished talents. He has won NHL scoring title five times, earned MVP honors once, named to seven first or second all-star teams and two Stanley Cups plus an Olympic gold in 1998.

It’s an astonishing collection of hardware – one that’s long made him a first-ballot Hall of Famer. And yet, I’m not sure any of this captures the uniqueness of this generational talent.

Maybe the most amazing aspect of Jaromir Jagr, now 42, is that there hasn’t been a quick and fast depreciation in his skill set. It’s a fascinating phenomenon, because there’s plenty of data to suggest that the aging process is a cruel one for players, generally as they hit that 30-and-beyond mark.

In Jagr’s case, the 30-year mark was twelve years ago, and there are a ton of miles on his body. Jag has played 1,686 games spanning the Czech League, NHL and KHL (2008-11) since 1988. One could reasonably estimate that such a burden on a player – even one of Jagr’s talent – would be onerous.

Jagr’s scoring rate has experienced a drop this season, but with only 11 games played, it’s probable this is statistical noise. Scoring in and of itself is a volatile thing in hockey, and based on his output in recent seasons, it’s reasonable to believe he’ll jump back near his usual 2-points-per-60 rate.

For basically every season in which we have the data, Jagr’s teams have been significantly better with him on the ice. Most outrageous is the fact that in the early goings of the 2014-2015 season, New Jersey is controlling 60.0% of play 5-on-5 with Jagr on the ice – a number reserved only for the league’s elite. New Jersey is controlling just 48.0% of play at 5-on-5 when Jagr is on the bench. It’s difficult to believe that New Jersey could very well be reliant on the performance of a 42-year-old to push towards the post-season, but based on the early numbers, it appears to be the case. The team is fantastic with him, and not so much without him.

Let’s return to Jagr’s multi-year performance – specifically his Corsi% On and Corsi% Off numbers. Jagr has played 375 games in the NHL since 2006-07.

Just how great has Jagr been over these years relative to his peers? We looked at the Corsi performances of every forward who has appeared in at least 375 games and here are the top 10 in terms of Corsi Relative.

There’s a couple of notables here. One, only three forwards posted a better RelativeCorsi% (the difference between a player’s Corsi% On and Corsi% Off) than Jaromir Jagr. Two, there’s a key difference between Jaromir Jagr and everyone else – Jagr’s doing it in the twilight of his career, and except for portions of Elias’ run, the rest of these players posted these definitively elite possession numbers in prime years. Considering how many of Jagr’s peers have long aged out of the league due to performance decline and/or injury issues, it’s doubly astonishing.

Jagr’s joked about playing until the age of 50 in interviews with local media, so it’s quite possible we’re going to see a lot more of the Czech beyond the 2014-2015 season. Based on his play so far, that’s a very good thing for the National Hockey League.