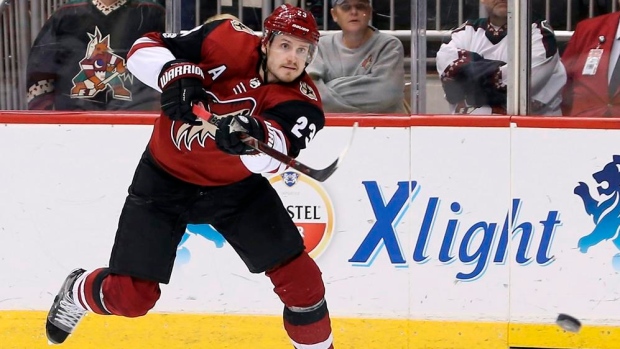 We knew that this National Hockey League off-season, much like the ongoing postseason being played in a bubble, would be one of a kind.

The NHL, like other sports leagues, is facing a serious economic crisis – one that will have a significant and adverse impact on the salary cap for years.

A number of teams were already in the shake-up queue – new front offices looking to make their mark, old front offices with underperforming rosters, and the like. But the added cap pressure facing most teams has created a second tranche of possible buyers and sellers. Add those groups to the franchises in outright financial distress, and you have the recipe for a lot of activity on the trade market.

We have already seen a number of trades as the Stanley Cup Playoffs continue in Edmonton – the most recent involving the Buffalo Sabres and Minnesota Wild, who opted to swap forwards Eric Staal and Marcus Johansson for one another.

Naturally, eyes are going to turn to some of the bigger names rumoured to be available these days. One of those caught my eye in particular: Arizona Coyotes captain Oliver Ekman-Larsson.

The veteran defenceman has spent years playing quality top-four hockey in the desert, but there are plenty of reasons for the Coyotes to at least consider moving on. Chief among them: he is a 29-year-old defenceman with quite a bit of mileage who is owed $58-million dollars through the 2026-27 season.

The age component is an important one to this discussion. Rosters are younger than ever and for good reason: we know well that younger players tend to drive results in this league, and by way of collective bargaining, are a lot cheaper.

We also know that peak performance age is somewhere between 23 and 27 years of age. Depending on a variety of factors (not the least of which concerns the individual defender’s capabilities), performance starts to deteriorate from there. Elite players, of course, can sustain a high level of play for quite some time.

Bringing this back to Ekman-Larsson, it is concerning that his underlying numbers have started to erode in the past few years. Consider his Goals Above Replacement contributions for one moment – a regression-based measure that values a player’s total contributions to his team.

Since entering the league, Ekman-Larsson has shown himself to be a regular top-four defender. In fact, most of his career he’s been well above that 66 per cent cutline, which is an easy frame of reference for what we would consider to be first-pairing quality. At the end of the day, if you are paying a player in excess of $8 million a year on the blueline, that’s probably a minimum expectation.

(And yes, you are reading that correctly – the 2015-16 season was Ekman-Larsson’s crown jewel, a year where he should have won the Norris Trophy and inexplicably finished ninth in voting. Among other points of reference, Ekman-Larsson was a monster at even strength, the Coyotes were 14 goals better with him on the ice, and easily led a team devoid of talent in scoring.)

But general managers are not trading for the Ekman-Larsson of 2015-16. Since that dominant season (and the really good seasons preceding it), he hasn’t been nearly the same type of player.

Consider the table below, which shows the flow of on-ice goals for simplicity’s sake and some of Ekman-Larsson’s Goals Above Replacement comparables in that calendar year:

If you look at the 2015-16 season, his numbers were insanely good on an otherwise bad team. The players who most looked like him tended to be other first-pairing stars – a number of whom had reputations as quality defensive defencemen.

Then look at the past few seasons. It’s an entirely different story, one that shows him more comparable to second-pairing types around the league.

There are, to be sure, a number of contributing factors outside of Ekman-Larsson’s control. The development of Jakob Chychrun is certainly one of them – Chychrun’s emergence, along with the coach’s decision to play him with Alex Goligoski most of this year, forced Ekman-Larsson into a bit of a second-pairing role. That meant proportionally more minutes with middle-six forwards and playing more minutes with 32-year-old veteran Jason Demers.

Ekman-Larsson is still a good player. He may even be a very good player in the right situation. But this certainly looks like a buyer-beware scenario because it checks most of the usual boxes – a player on the wrong side of the aging curve with a big price tag attached to his name can be commonly found on the trade market, though the skill set of Ekman-Larsson differentiates him from the usual suspects.

The question teams need to answer before considering a trade: Can Ekman-Larsson get back to being the player he was a few years ago, or is the more recent version a sign of things to come?

If it’s the latter, it’s hard to see how the handful of remaining teams with cap space would be willing to roll the dice on such a big contract, unless he ends up being part of a larger deal.