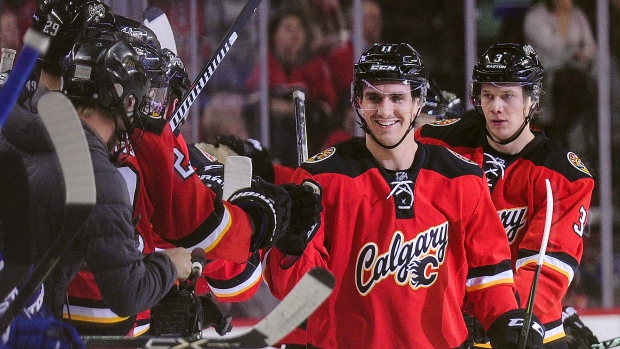 Henrik Zetterberg will not play for Team Sweden at World Cup of Hockey later this month.

Sweden's head coach, Rikard Gronborg, announced Thursday Zetterberg is dealing with an knee injury and will not be able to take part in the Toronto tournament. Zetterberg had previously been named Sweden's captain.

Calgary Flames forward Mikael Backlund has been named as his replacement.

"Henrik Zetterberg felt he could not be 100 percent in time for the World Cup so he unfortunately had to decline," Gronborg said (via a translation). "We think Mikael Backlund has shown before that he can be a supporting player in the Three Crowns and he is very useful in different situations. His second half of last season for the Flames were really strong there, he showed that he is a producing center, both offensive and defensively."

Zetterberg won an Olympic silver with Team Sweden at Sochi 2014, but played in only the first game of the tournament due to a back injury. He owns a gold from Turin 2006. The 35-year-old scored 13 goals and 50 points in 82 games last season.

Zetterberg joins Alexander Steen, Niklas Kronwall and Robin Lehner as Swedish players to pull out of the tournament.