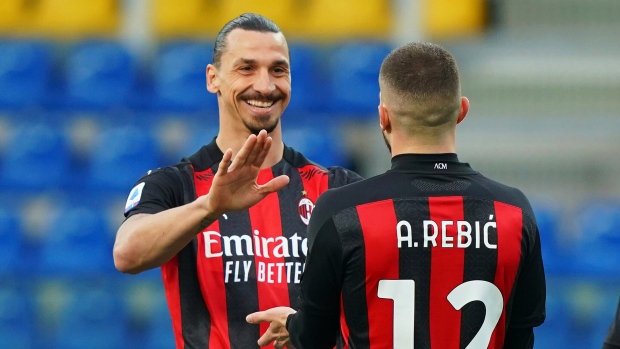 Milan is set for a date with old foes Liverpool on Wednesday in their Champions League opener, but they will be headed to Anfield without Zlatan Ibrahimovic.

The 39-year-old Sweden striker is being held out of the squad with an Achilles issue picked up during Sunday's 2-0 win over Lazio in which he scored.

"After the match, he had some inflammation," Milan manager Stefano Pioli said. "We hoped he could play, but he still had pain so we don't want to risk [it]."

A native of Malmo, Ibrahimovic's return to Serie A action was his first since picking up a knee injury during the final month of last season that kept him out of this past summer's Euro 2020.

Ibrahimovic is in his third season of his second spell with the Rossoneri, having previously appeared in 85 matches for the club from 2010 to 2012. During his second stint, Ibrahimovic has scored 29 goals in 48 appearances across all competitions.

Atletico and Porto are the other two teams that comprise Group B.