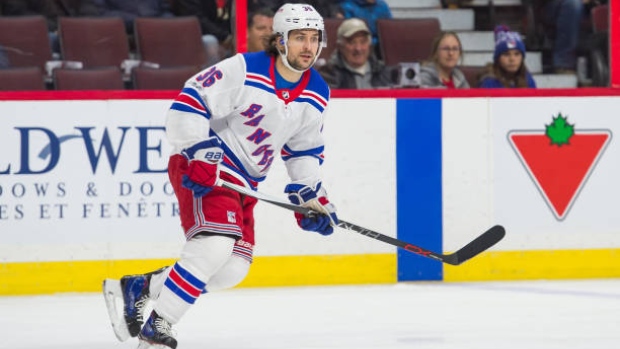 New York Rangers forward Mats Zuccarello is well aware that, with an expiring contract, he could be moved ahead of the trade deadline.

The 31-year-old, however, wants to make it clear that his preference is to remain with the Rangers, who he's spent his entire professional career with.

“You know what, I think everyone knows my opinion about everything. I love it here,” Zuccarello told The New York Post. “This is my ninth season. This is where I grew up to become — hopefully — an adult. Maybe half [an adult]. But this is home for me, my second home.”

Zuccarello also cleared up comments he made on a Norwegian hockey podcast recently that he was waiting to be traded. The nine-year veteran said his remarks were taken out of context, and he was simply trying to make the best of the situation.

“Like I said earlier — and people got it out of context — in the situation I’m in right now, you have to prepare for everything,” he said. “Whatever happens, happens. I can’t control it. If something happens, you just have to look at it — you can’t be sulking. It’s going to be real sad for me, and it’s going to be tough. But you just have to try to look [at the] positive. That’s all I said, and people blow up stuff.

“There’s no secret that it’s out there. For me, I prepare for everything, try to do my best as long as I’m here. Hopefully I’m here for a long time. If not, it’s nothing I can control.”

Zuccarello is expected to play just his third game since Nov. 6 on Friday night as a result of a lingering groin injury. He's hoping having rested since Nov. 23 will allow him to be stay in the lineup this time around.

“The last two games I played, I wasn’t doing the team any good. That was a selfish decision to want to play,” Zuccarello said. “I just want to make sure, if I play, I can help the team be better.”

The right winger has three goals and 10 points in 17 games with the Rangers this season. He carries a $4.5 million cap hit in the final season of the four-year, $18 million contract he signed with the club in 2015.

Zuccarello is ranked at No. 11 on the TSN Hockey Bait list.