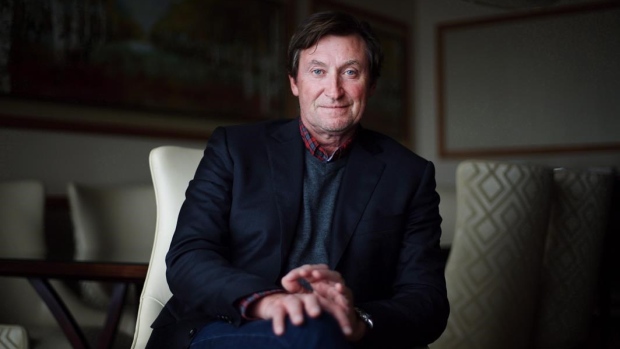 Wayne Gretzky has scored a literary win by penning the top-selling Canadian title of 2016.

BookNet Canada identified the top-selling books over a 48-week period, from Jan. 4 to Dec. 4.

"99: Stories of the Game" written by Gretzky and Kirstie McLellan Day was No. 1 on the non-fiction list, ahead of "Oh She Glows Every Day" by Canadian blogger Angela Liddon, and "The Life-Changing Magic of Tidying Up" by Marie Kondo.

In the fiction category, "The Nest" by Cynthia D'Aprix Sweeney took the top spot.

"The Couple Next Door" by Toronto author Shari Lapena was the highest ranked Canadian title, in eighth place, one spot ahead of "The Illegal" by award-winning author Lawrence Hill.

The market bumped up for the first time in a few years in 2015 due in part to the colouring book craze, he noted.

"Last year, colouring books were massive ... and they had a huge year and sold really well — especially near Christmas as Christmas gifts. It actually was enough to lift the whole market up," said Genner.

"This year, we're not seeing that same lift from the colouring book. They're still selling well, but not anywhere near where they were selling last year. Last year was a phenomenon.

"Generally, it's been a pretty good year in print book sales, actually, both at the indies and at the chains and online. It's been pretty consistent across all the channels."

Here are the top-selling fiction and non-fiction titles for 2016, as compiled by BookNet Canada:

1. "The Nest" by Cynthia D'Aprix Sweeney

2. "The Girl on the Train" by Paula Hawkins

3. "All the Light We Cannot See" by Anthony Doerr

4. "The Girl on the Train" by Paula Hawkins (Movie Tie-in Edition)

6. "Me Before You" by Jojo Moyes (Movie Tie-in Edition)

8. "The Couple Next Door: by Shari Lapena

9. "The Illegal" by Lawrence Hill

2. "Oh She Glows" Every Day by Angela Liddon

3. "The Life-Changing Magic of Tidying Up" by Marie Kondo

8. "The Girl with the Lower Back Tattoo" by Amy Schumer

9. "Born to Run" by Bruce Springsteen

10. "The Oh She Glows Cookbook" by Angela Liddon