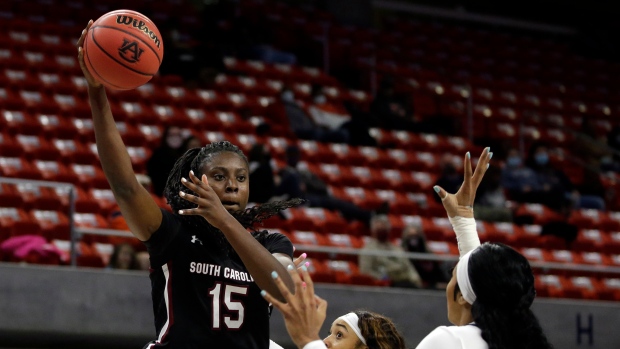 There will be a great deal of Canadian representation when women's March Madness gets underway on Sunday.

All four of the No. 1 seeds features a player from north of the 49th this season.

This will be the first March Madness in two years with last year's NCAA Tournament cancelled due to the outbreak of the COVID-19 pandemic. The Final Four is scheduled for April 2 at San Antonio's Alamodome with the final to be played two days later on April 4 in the same venue.

Here's a full list of Canadian women in March Madness 2021:

CANADIAN WOMEN IN THE 2021 NCAA TOURNAMENT