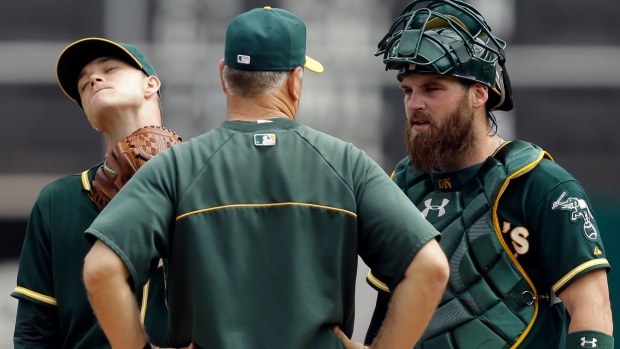 OAKLAND, Calif. - Sonny Gray and the Oakland Athletics kept sliding, falling out of the top AL wild-card spot with a 7-2 loss to Texas on Thursday that gave the Rangers a three-game sweep.

The latest loss to the team with the worst record in the majors dropped the A's a half-game behind idle Kansas City for the first wild-spot slot. Oakland owned the best record in the big leagues as recently as Aug. 15.

Texas roughed up Gray (13-9) for four runs in the first inning and won its season-best sixth in a row.

Grey saw his winless stretch reach five starts. The right-hander in his first full major league season has only one victory in 10 starts since his 5-0 July that earned him AL pitcher of the month honours.